I owe my niece a blog post. She had a massive wedding months ago, and it was beautiful and perfect and came with a 10-page instruction manual for the groomsmen and 2-page timelines spanning 15 hours for all involved in the proceedings and crazy relatives and fireworks and ice cream, and I promised her I’d write about it because it really was wonderful. I’ve written about her brother here, apparently, but not her and she keeps texting me at weird hours and reminding me and I will get around to it, Lulu, I SWEAR TO YOU. Just not today.

I could tell a lifetime’s worth of stories about living with my mother across two counties while building a house that was supposed to be done in August, but when I told the builder I didn’t want to hear the “N-word” (meaning November), he came right back with “It’s better than the D-word” and I nearly punched him in the throat right there. Needless to say, we’re living with my mother and building a house and it’s tremendous fun and more than a little stress and it is never going to be done.

END_OF_DOCUMENT_TOKEN_TO_BE_REPLACED

I grew up behind the #2 Tee of the local country club.

You can assume whatever you want from that statement. Some of it may be true, a lot of it probably not, but it’s all one big puddle of moot.

We had lattice and railing around our back porch, and when I was still shorter than the rails, I would spend hours watching the golfers through the holes in the wood. Most of them never knew I was there until my shrill, loud voice started to heckle them—“You dog-legged it!” or “Oh no! The woods! Ya hit it in the woods!”

When you grow up an only child, you find your fun where you can.

END_OF_DOCUMENT_TOKEN_TO_BE_REPLACED

I often struggle with feeling emotions.

Okay, maybe there’s a better way to phrase it. Sometimes, I have a hard time feeling emotions to the point where I can move beyond them. More times than not, the thing that shoves me fully into the feeling is music. Be it grief, melancholy, anxiety, whatever, I can usually find a song that will throw me right there and make me feel whatever I need to feel to the marrow of my bone. Once I reach that point, have fully acknowledged it, I can let it go.

Example: When I’m writing, I tend to find a song that goes with the tone or the emotion of what I’m trying to write and put that baby on repeat until the entire world is sick of it. There was one day not too long ago when I had one song going for 23 times, and I honestly had no idea until Earl came into the room and proclaimed, “ENOUGH WITH THAT SONG!”

But. BUT. If there was ever any doubt that the kid is mine, tonight shattered it.

END_OF_DOCUMENT_TOKEN_TO_BE_REPLACED 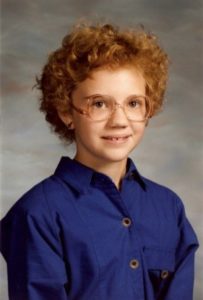 Yesterday’s kerfluffle at the DMV got me to thinking about identity. Mine, in particular. Because in the same sort of way I would imagine finding out you were born with a tail changes your idea of yourself just a little, finding out you’ve been going through life for the past three years oblivious to the fact that a simple traffic stop could land you in JAIL alters your perception of things juuuuuust a little.

(I totally kid. Finding out you were born with a tail would be much cooler and far less traumatic. Your kid couldn’t have ended up in DSS custody because of a tail.)

(I love that I have wonderful friends who point things out to me – like, OH HEY, if you’d been stopped with just you and Earl in the car, you know she’d have gone to DSS, RIGHT?)